Skip to content
Yesterday I received an phone call from a neighbor who has several pigs.  He asked if I could help get his pigs out of a pen that was over one foot deep in mud and muck.  He had one sow, one boar, and two young pigs in the pen.  The sow was very pregnant and we could quickly see that she was close to giving birth. 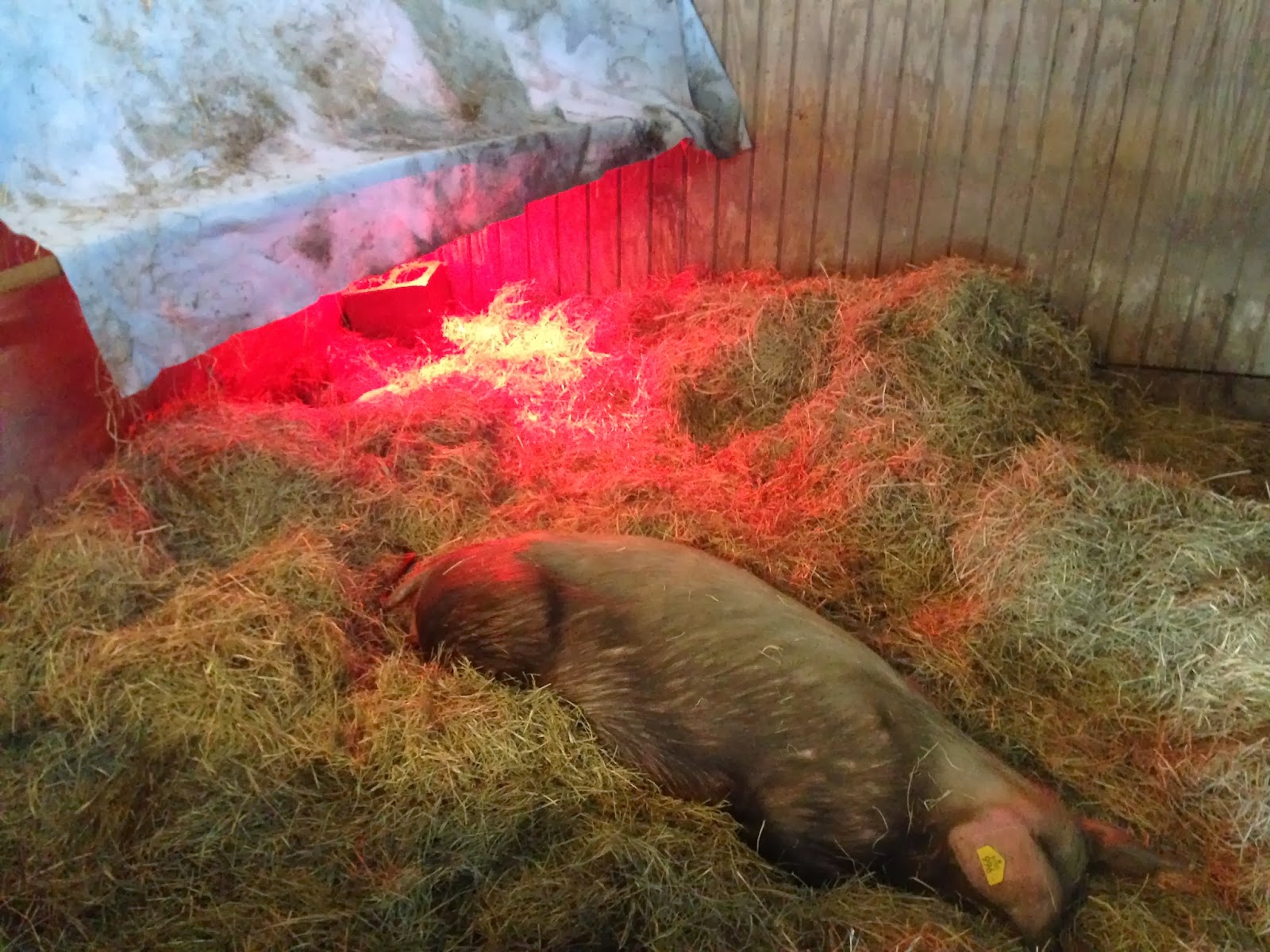 We quickly moved my pigs in my barn into one pen.  It was raining and the temperature was dropping quickly.  We then began coaxing his pigs across his property to mine and into my barn.  They received a shower upon entry (they literally had inches of mud caked on them).  We then situated the sow in her own dry pen that was full of fresh dry hay.  One of the small pigs had been overcome by hypothermia and my wife transported it to the barn in a piggy ambulance (AKA wheelbarrow).  We washed all the muck off of it and got it put under a heat lamp on fresh dry hay.  Thankfully last night he  pulled through and is looking good this morning.  The sow gave birth in the middle of the night to 11 babies.  Four of them were still born but the rest are strong and look good this morning.  Thank goodness we moved them to the barn or not a one of them would have survived in the pen they were in.  They would have all drowned to death!